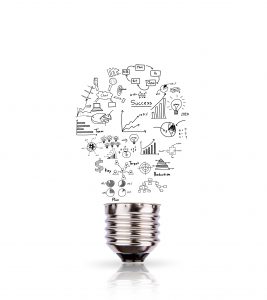 ASI developed a strategy for the bank that, in its first month, has seen the bank enjoy a 500-percent lift in “business banking” activity.

How did ASI accumulate such a healthy batting percentage when called to the plate? It produced a 30-second commercial spot for the bank in 2D animation (posted here) for local cable television network distribution and then, from that commercial, versioned a 15-second video that was used in a digital-network advertising strategy:

ASI’s customer in this client case study is Plains State Bank, which was originally formed in Plains, Texas in 1957 with a mission to provide banking and lending services to farmers of the community. It since has grown into a banking and lending specialist that serves small businesses, ranging in size from a handful of employees to as many as 150 or more.

Today, from its headquarters in Humble, Plains State Bank also offers branches and lending offices in Champions, Houston, Conroe and San Antonio, in addition to its namesake Plains.

• Use cost efficiency in video production and have commercial relevancy of three-plus years;

The Results: A 500-Percent Lift in Business-Banking Activity

Advertising Systems says the 500-plus-percent surge in activity has stemmed from two key factors. First was the strategy-driven video marketing program that included a negotiated campaign with Comcast Spotlight.  This program consisted of both business ownership indexing of networks and geo-targeting of their key marketing areas.  ASI then developed a highly targeted and optimized search marketing/re-marketing program, which incorporated the 15-second versioning of the video into their digital-ads campaign.

“Additionally, the growing business and storm/umbrella (depicted in the video) visually express the ‘we are here for you’ relationship banking that Plains State Bank provides. The silhouette actors are actually executives from the bank — we love that we were able to involve our client into the production process and video … pretty cool.”

The video and search marketing campaigns are a part of a media mix that Plains State Bank and ASI use in their marketing strategies.

Plains State/ASI also employ a strong, ongoing print marketing presence that has added to the boost in their  business banking activity.

Marketing solutions that drive business growth: That’s how ASI goes to bat in helping brands and small to mid-size B2B and B2C companies make the most of their marketing efforts.