It May Be Time to Show Snapchat a Little Love 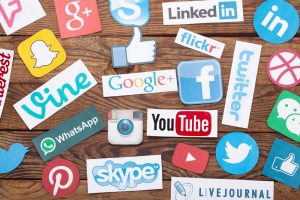 With its chief users among the 12- to 24-year-old set producing selfies that feature flowered headbands, floppy rabbit ears and other forms of animation, Snapchat might seem confounding to those marketers who rely mostly on Facebook and Instagram as the platforms they use to reach across the ages

A new study shows that Facebook is rapidly losing users 24 years old and younger, though, and that Instagram’s growth among younger users is slowing as well. It may well be time for you and your brand to head to the thinking tank and consider adding Snapchat to your social-media arsenal.

Though Facebook is still adding monthly users overall, older age groups are mainly responsible, according to the study released just this week by eMarketer Daily.

The number of Facebook users in the United States is projected to reach 169.5 million this year — a tad shy of a 1-percent gain from 2017’s audience, eMarketer said.

However, the number of Facebook users who are 12 to 17 years old and 18 to 24 years old in the U.S. will decrease this year by 5.6 and 5.8 percent, respectively, the study said. It marks the first time that eMarketer has foreseen a decline in the number of those users for an upcoming year.

Snapchat, though, will add even more younger users this year than Instagram does — an anticipated 1.9 million. And it will continue to have more users ages 12 to 24 overall than Instagram.

Why is Snapchat so popular with the younger set? “Snaps” lasting up to 10 seconds are sent to friends and then disappear once they’re viewed by the recipient. That’s opposed to Facebook and Instagram, where posts can stay for infinity unless the user chooses to revisit and delete them. Thus, if a snap first viewed as hilarious becomes humiliating, at least your Aunt Irma won’t see it — as she could have if you had posted it on Facebook instead.

Snapchat users do visit Facebook and Instagram because they view those platforms as public profiles — “personal LinkedIns,” they have been called — where they can be found and perhaps where they can catch up on the latest news.

However, to interact with each other at a more personal level, and not Aunt Irma and other older relatives and other users on Facebook, younger users see Snapchat as more interesting. They feel as though they don’t need to be as inhibited when they send a snap as they would if they were crafting a Facebook post.

Like Facebook and Instagram, Snapchat also offers businesses ways you can promote your brand. Businesses that use Snapchat can tell their followings about exclusive sales or events via a flashy 10-second post. Or, they can share giveaways or other such promotions with their more valued customers, preview newer products they offer, or, give behind-the-scenes looks at their brand via video or images.

If you want your business to appeal to the younger set, Snapchat is fast becoming a must-use platform. It recently redesigned its app, with an intention of making it easier to use and perhaps become more appealing to the older set.

“The question will be whether younger users will still find Snapchat cool if more of their parents and grandparents are on it,” said Debra Aho Williamson, a principal analyst for eMarketer when its study was released. “That’s the predicament Facebook is in.”