Impress the Boss With the Latest Social Media Stats 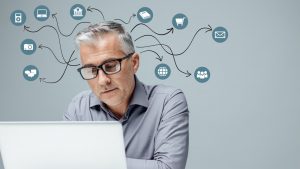 The mere mention of “statistics” may make some of your co-workers roll their eyes as they await that business meeting down the hall at which the company’s latest numbers are about to be analyzed and debated.

But marketers know that numbers can be their chief ally — especially with continued technological advances in such areas as artificial intelligence and analytics integration. The smart marketer is one who arrives at that meeting down the hall armed with the latest numbers about the world of social media and its grip on the global marketplace.

As the second half of 2018 rolls onward and your company begins to plan its marketing strategies for the year ahead, it’s time to impress your boss and other brass by spewing out some of the latest social media numbers.

Here are some statistics that piqued our interest recently as a result of two separate reports: One from social media management company Hootsuite, and the other a survey conducted by the renowned Pew Research Center (be mindful that these are but a sampling of the statistics you can find at both of those sources):

Also of note from the Pew poll: LinkedIn connects big-time with the college-graduate and high-income-household crowds, with half of those Americans who’ve earned a college degree using LinkedIn, compared to 9 percent of those with a high school diploma or less surfing on that business-minded platform.

Also, Pew says, the WhatsApp messaging service is particularly popular in Latin America, as well as with Latinos who live in the United States, with 49 percent of Hispanics reporting that they are WhatsApp users, compared to 14 percent of whites and 21 percent of blacks who use that service.