A Media Mix Packs Some Punch to Your Marketing Plan 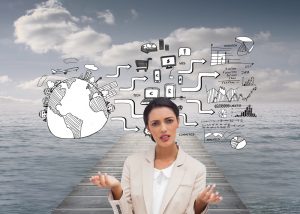 If marketing at your small business consists of a few Facebook posts, a tweet here and there and perhaps an occasional promotion such as a prize giveaway, you may be taking too singular of an approach to creating awareness of your brand.

It may well be time that you consider wielding the power of a media mix over such a singular approach in your marketing efforts.

A media mix takes into account the various channels — both digital and traditional — that you can use to attract customers, such as search marketing, email, local cable television and social media, as well as print options including direct mail and newspapers.

Marketing experts have found that a multi-channel media mix approach creates broader exposure for your brand and increases the influence on a potential customer’s buying decisions.

Bob the Banker, for example, may have seen an ad about your commercial tree service in the newspaper while drinking his morning coffee, and then, on his drive to work, heard your radio spot on his favorite classic rock music station. The next day, he sees a display ad while on yahoo.com. Then later that week, when he arrives at work, he sees that an overnight storm has wreaked havoc on the bank’s front row of Eastern redbud trees, as well as left a large live-oak branch lying near the ATM’s drive-through lane.

The repetition and consistent approach that you’ve used in your media mix — that is, digital, newspaper and radio channels — makes Bob think of your tree service first, and then your phone is ringing with an opportunity.

What are some other advantages of wielding the power of a media mix to your marketing strategy? In addition to a top-of-mind awareness that it casts on such potential customers as Bob the Banker, media-mix pluses include:

In our last blog, we demonstrated how a Texas bank employed a media mix — combining a video marketing campaign with search marketing strategy — to drive an increase in business-banking services.

The bank learned how to target the right audience via a cable TV ad and versioning from that ad a video that it used in its digital-marketing efforts.

The key to selecting the right mix is knowing your audience through data. If you want to reach an audience with a nationwide scope, your media mix might include search, national print, radio or television. Let data and indexing strategies lead the way in your decision-making process.

Especially if your business outsources your marketing services, you’ll find that the company you choose can use analytical services and tools to assess the strengths and weaknesses of your media mix and further improve your results.

In the works, for example, are artificial intelligence (AI) prediction engines that will recommend two or three media buys before you even build a media-mix model. AI will base those recommendations on your brand’s profile and what is generally known about consumers in a specific category.

Those channels, in turn, can lead to clever messaging in offline media, too, including television, radio and print.

Yes: Be mindful that print is not dead. If you’re a restaurateur, in particular, you might find that print options, such as direct mail, may be a good source for buttressing the digital efforts in your marketing mix.

In a survey reported just this week by eMarketer, 55 percent of the consumers who were polled said they preferred mail as the type of advertising from which they could receive restaurant special offers, such as coupons.

Mail was the top preferred method in all age categories in the survey, in fact, including millennials — whose 44-percent preference rate for mail was followed closely by mobile platforms (of course) at 40 percent.

(Want to learn more about developing an effective media mix? Consider outsourcing the chore to Advertising Systems Inc., which has been helping small businesses, mid-sized companies and corporations maximize their marketing dollars since 1999.)