Home
Blog
A Few Things to Know About Generation Z

A Few Things to Know About Generation Z 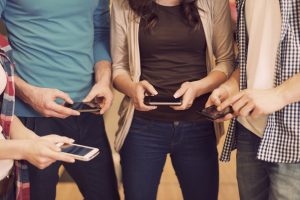 The year 1995 brought a couple of technological advances to our world. Microsoft introduced Windows 95, an operating system that revolutionized the habits of PC users, for instance, and the year also brought the release of the first feature-length, computer-animated film, “Toy Story,” in which Woody and Buzz Lightyear came to life on movie theaters’ big screens.

But the year 1995 also brought a challenge that those in the marketing field must face today: It was the first year in which members of our newest generation, Generation Z, were born.

You may already be dealing aptly with Gen Y, Gen X and baby-booming audiences with such neo-traditional, social-media platforms as Facebook, Twitter and Instagram in your marketing endeavors. But, as an up-to-date marketer, how do you deal with this new generation that does not know what it’s like to live without smartphones, touch screens and Wi-Fi connections?

Here are a few things that you should consider:

We’ve told you before that video, and images in general, will increasingly be important to social-media marketing efforts, and Generation Z brings some solid proof of this.

The study also identified these gender differences: Gen Z males also are more likely to delve into Twitch and Reddit, while females more likely gravitate toward such visually heavy channels as Instagram, Pinterest and Tumblr.

Perhaps you’ve noticed that your Gen Z daughter only posts something to Instagram every couple of months, which makes you think the app must be totally boring to her. There’s a strong possibility that you don’t know the difference between “Rinsta” and “Finsta” Instagram accounts, then, and your daughter hasn’t told you about the latter.

Anonymity is a chief reason that some other apps, such as Whisper, are gaining favor with Generation Z, too.

(Pssst: Whisper? What is that? It allows users to post and share photo and video messages anonymously, and the posts are called “whispers.” The platform’s content also is driven toward teens and young adults, with such headlines on its stories as “21 Parents Confess Why They Secretly Hate Their Kids” and “17 New Moms Reveal the Harsh Realities of Life After Giving Birth.”)

A social-media influencer once was akin to a celebrity endorsing a marketer’s product, but increasingly in the digital age, regular people also have emerged as online “celebrities” who lead heavily engaged social media followings, particularly in certain market segments.

Last year, for example, a survey of U.S. teens conducted for Variety found that YouTube creators took eight of the top 10 spots in a survey of influencers, outpacing such traditional celebrities as musicians and movie stars.

These newer social-media influencers would include DJ Khaled, a record producer and deejay who has been dubbed as “The King of Snapchat” by The Washington Post. With 6 million Snapchat followers, Khaled has become a popular choice for brands who are seeking a stronger Snapchat presence. When the Las Vegas Convention and Visitors Authority hopped onto Snapchat, for example, it hired Khaled and attracted more than 350,000 views in its first two days on the platform.

Much like newspapers keep losing favor to digital platforms, Generation Z generally shuns books in print, but it does watch videos and listen to podcasts, and it does read — in the form of audiobooks.

Vandita Pense, a writer who covers her Generation Z cohorts for AdWeek, says audiobooks simply are “a more efficient and more entertaining way to get the same information you would find in a book.”

“You can also do it while exercising or commuting without the bulk of a physical book,” she adds.

It’s Time to Keep These Youngsters in Mind

Yes, Facebook, Twitter and Instagram continue to be major social platforms that reach across several generations. But keeping up on the habits of Gen Z, such as those we’ve listed here, also is a key tool you must start using as you’re amping up your marketing efforts for the future.