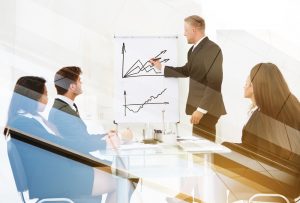 Though they may not know the full impact of the Tax Cuts and Jobs Act of 2017 until tax time next year, early indications are that a majority of small business owners are aware of what the act might mean for their business’ future — and that many of those owners are optimistic about the country’s financial future in general.

That’s according to a survey released earlier this week by LendEDU, a consumer-minded, money-management firm founded in 2014. With the assistance of polling company Pollfish, LendEDU questioned 500 small-business owners about their thoughts on the Tax Cuts and Jobs Act.

Asked whether they fully understand the impact of the new act on their businesses, 63.6 percent of the respondents said “yes” and 36.4 percent reported “no.”

Pressed further as to whether they believe the plan will benefit their businesses, or make them better off financially, 34.4 percent said “better off,” 23.8 percent said “worse off” and a majority, or 41.8 percent, said the effect on their businesses would be unchanged. LendEDU cited “failure to understand the changes” by nearly a third of the respondents as being responsible for the “unchanged” opinion.

“As time goes on,” LendEDU said, “failure to understand the changes could negatively affect the long-term economic growth. For example, the tax plan changes may be positive or negative, but it may be hard to tell until small business owners understand the new normal.”

The impact of the new law, enacted by Congress and signed into law by President Trump in December, was felt by individual taxpayers immediately in February when their paychecks rose.

The small-business owners in the LendEDU poll also felt good about how the new tax law would affect their personal financial situation, as opposed to their business’ bottom line. In the survey, 36.20 percent of the small-business owners believed that their personal financial situations will be better as a result of the tax act while 27.20 percent thought the opposite.

Furthermore, nearly half of the owners, or 48.6 percent, believe the plan will strengthen the economy eventually — 22.8 percent of them thought oppositely.

When pressing for the new tax law this past fall, Trump and Congress touted it as a driver of economic growth.

“A generally strong economy has helped small business owners over the past couple of years,” LendEDU noted. “Market economists are working to define the next few years of economic growth. A complicated mix of higher interest rates on products like small business loans, tax plan changes, tariffs and regulation is certainly making it difficult to predict economic growth.”

The survey also indicated that the president may have gained a few more fans because of the new law.

A late February poll from Harvard CAPS/Harris poll found that 45 percent of voters approved of the job that Trump is doing — in part because of the new tax and jobs plan. That was up from a 41-percent approval rating in December, which marked the low point for Trump’s presidency.

(Are you optimistic about the future of economic growth, particularly for your business? Advertising Systems Inc. is here to help you make the most of your marketing efforts with customized, cost-effective strategies that drive leads, conversions and ultimately business growth.)