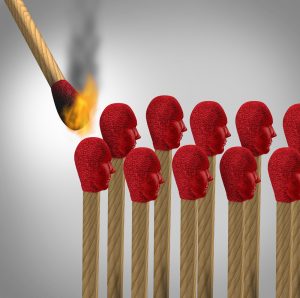 Interacting with your following not only should be an obligatory chore for you as your company’s social media manager — it also can produce astonishing results.

The Wendy’s restaurant chain knows this social-media-managerial standard rather well, thanks to the chicken nuggets featured on its menus and a teenager’s desire to chomp on those nuggets daily.

When the teenager, Carter Wilkerson, asked Wendy’s via Twitter last April how many retweets he would need to get a year’s worth of free nuggets from the chain, Wendy’s replied, somewhat with tongue and perhaps one of its chicken morsels in cheek, “18 million.”

That would be nearly six times as many retweets as the Twitter record-holder at the time, which was Ellen DeGeneres and her legendary selfie post with Bradley Cooper and other actors during the 2014 Oscars ceremony. That group selfie stood at roughly 3.3 million retweets when Wilkerson first submitted his nugget request last spring.

Wilkerson unabashedly replied to Wendy’s 18-million-retweet challenge with this post, “Consider it done.” He followed that with a post that simply said, “HELP ME PLEASE. A MAN NEEDS HIS NUGGS.”

Wendy’s would soon succumb to Wilkerson’s initial request, and the young man won’t be lacking for any “nuggs” until well into 2018, thank you. The chain also donated $100,000 to the Dave Thomas Foundation for Adoption, a non-profit group created by the late Wendy’s founder, on Wilkerson’s behalf.

Wendy’s long had known that keeping in touch with its social-media following can bear meaty results — it does have nearly 2.5 million followers on Twitter, after all — and the #NuggsForCarter campaign would only reinforce that important lesson.

Wendy’s ad agency of record, VML, reported last month that there have been more than 5 million online mentions of Carter’s love for chicken nuggets, boosting conversations mentioning the Wendy’s brand by 376 percent year on year.

In ranking the best ad campaigns of 2017 for Marketing Week, Jeff Grover, of BestCompany.com, called the #NuggsForCarter campaign “a stroke of genius.”

“This is a large example of how something as small as a well-worded tweet could create an explosive amount of engagement,” Grover said. “This proves that brand managers need to keep on their toes for fun, creative ways to get people talking because they never know when something could blow up.”

Or at least result in a year’s supply of crispy golden nuggets.