Home
Blog
Your Digital Reputation: Why It Matters for Customer Retention

Your Digital Reputation: Why It Matters for Customer Retention 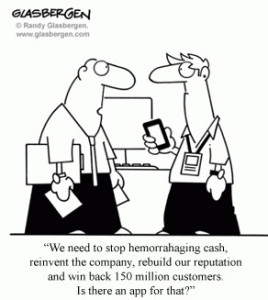 For businesses and marketers, the viral quality of social media and the Internet is a double-edged sword: While it can offer exponential exposure and the ability to connect with more customers through various channels, it also provides a platform for individuals, critics, former clients and competitors to publicly post negative comments or reviews about your business.

“According to [Harvard Business School Assistant Professor] Michael Luca, who ran a study measuring ‘The Yelp Factor,’ ratings do in fact impact revenue,” writes Madie Hodges. “More specifically, Luca was able to determine that adding a star on a rating for a restaurant would translate to anywhere from a 5 to 9 percent effect on revenues, with local, independent restaurants being the most affected by reviews, and larger, chain restaurants being the least affected.”

In addition to Yelp, online users have the power to affect your reputation through positive or negative online reviews or posts on Facebook and Twitter. Many large companies (such as airlines or other B2C corporations) hire a social media or customer service specialist to monitor conversations with consumers to help “put out fires” as they arise on the Web.

“More than 40 percent of the 2,784 global consumers recently surveyed by SDL said their worst customer experience occurred via digital industries,” reported AdWeek. The upside of this finding is that often, online fans can also become a brand’s biggest advocates, and their social media influence can have a positive ripple effect on its growth and fan base.

As a part of a PR or reputation management strategy, these specialists respond to negative comments that could seriously damage the brand’s online reputation, potentially affecting not only a consumer’s decision to purchase, but also his/her outlook of the company itself. But just as easy as positive word-of-mouth reviews can go viral, negative ones can do so even faster — especially if the issue isn’t resolved tactfully and in a timely manner. As a result, a reputation management is quickly becoming a necessay addition to a digital marketing strategy.