What Others Are Saying About 2019’s Top Marketing Trends 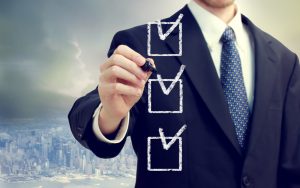 We’ve already identified several top digital-marketing trends for 2019 in this space, but what are other observers foreseeing in their post-holiday crystal balls?

As Santa’s checking his lists and loading up his sleigh with nearly a 20-percent rise in online holiday sales from a year ago, prognosticators are finalizing some lists of their own — predicting what the immediate future holds for the world of marketing.

Following are four such soothsayers and what they’re putting atop their top-trends lists for 2019:

People are putting more trust in others they know and reputable content, not ads, writes John Hall, a contributing columnist for Forbes. However, he adds that marketers should not shun traditional ads completely.

“I honestly feel there’s still a place for some ads, but they have to be more relevant and valuable to the consumer,” Hall says.

“This is why we see more money going to content marketing, influencer marketing, referral partnerships and other methods that are designed to deliver actual value to audiences. This shift isn’t going to stop until ads start being more valuable for the consumer.”

Designed for mobile users, IGTV launched in June and is dedicated to vertical video playback. The new video platform is expected to stir the curiosity of those marketers and content producers who are addressing a mobile-only audience. Videos on IGTV can be up to an hour long, though most are shorter.

Why is vertical such a lure?

“Instagram wants to encourage people to create video content but, at the same time, to do it exclusively for mobile,” AdWeek says. “We already know that people are more likely to use their mobile devices in a vertical position, hence the type of video.”

This social media management company is keeping its eyes — or shall we say ears— on voice. It’s focusing its top-trend attention on the meteoric rise of smart speakers.

As we reported here earlier this fall, the number of smart speaker users in the United States is expected to rise from 16 million in 2016 to 76.5 million in 2020, with Amazon and Google continuing to fight for customer share. Amazon Echo, starring Alexa, is now the most popular smart speaker in the United States, followed closely by Google’s Home, which has been gaining on Echo in terms of more recent sales.

What does this mean for the future of digital marketing?

“Furthermore, we expect to see more ads on these platforms — after all, publications need to monetize content. Amazon, Google and Apple may very well launch their own advertising platforms for this, making it easier for companies to buy and sell ad space. Think Adwords but for your Google Home.”

Content marketing has been around long enough that the phrase “content is king” has become a cliché.

As Twitter for Business notes, content marketing once was seen as a side chore, or “more of a bonus than an essential role — something you did when you had time because it took a backseat to more traditional marketing projects and responsibilities.”

That’s no longer a marketer’s attitude.

“Where marketing of the past used to push one-sided conversations toward consumers, successful brands know that content marketing opens the door for two-way conversations and relationships with audiences unlike anything before,” Twitter for Business reports.

“Content is one of the best tools you have for earning trust, building your brand, generating site traffic and qualified leads, and everything in between. Content marketing is marketing, and the brands that understand content is core to effective marketing — and, ultimately, to their entire business — will set themselves up for success.”