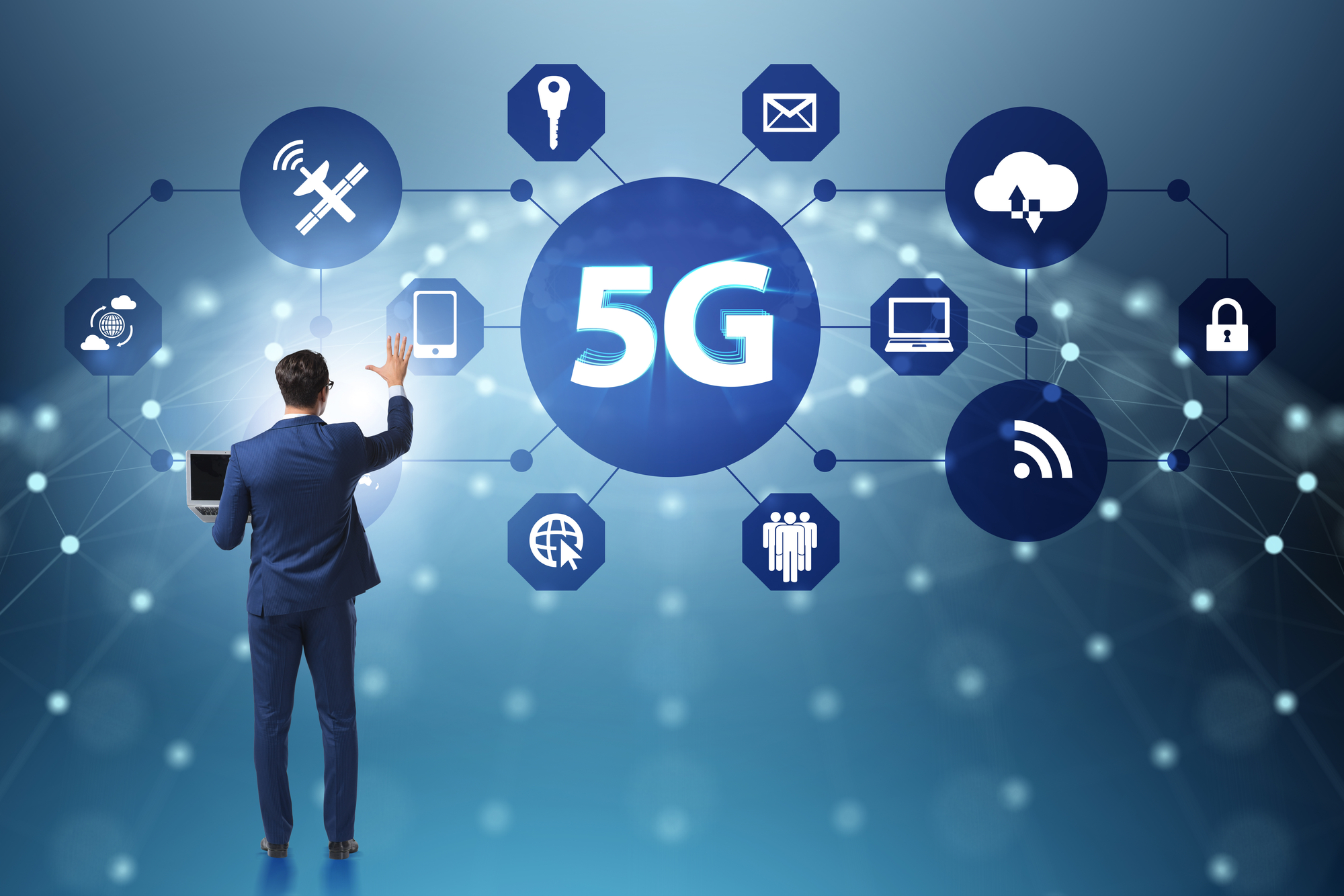 By Jay Bemis | Advertising Systems Inc.
’Tis that time of year when rumors start swirling about a new iPhone and its release date — usually sometime in mid- to late September — and when we can expect Apple, like other smartphone manufacturers, to boast about how its newest product offers the latest in 5G technology.

But before consumers decide whether to upgrade to this newest smartphone, they might want to check whether 5G is really available in their area. The good news: yes, all of the newest phones and other devices are now 5G ready and capable of faster speeds. However, 5G networks universally are not. Service generally is limited to the bigger cities and their metro areas or at hub spots that have been established by carriers, such as airports.

As Lifewire, which tracks the latest in 5G news daily, succinctly wraps it up: “5G availability is limited right now, with relatively few locations having a live, non-demo, subscriber-based network up and running. However, many companies are constantly expanding to launch a full-blown 5G network for customers to use.”

Says The Verge: “Despite networks constantly waving their ‘5G Mission Accomplished’ banners in TV commercials over the past year, 5G is very much still a work in progress. It’s going to get better, but how soon that happens for you depends on a lot of factors: which phone you have and what bands it supports, which network you’re on, where you are, and what you’re doing.”

More formally known as the fifth generation of wireless technology, 5G has been in the works for several years, but consumers finally are starting to witness its effects — albeit in some areas, as we have noted — with a limited number of cellular networks but an ever-growing number of 5G-ready devices available.

Marcus Johnson, host of “Behind the Numbers,” an eMarketer podcast, has explained the “G” evolution thusly: “1G gave us phones, or ability to talk over phones; 2G gave us SMS and MMS; 3G gave us slow-as-hell internet and mobile internet with tiny websites on your phones; 4G gave us mobile video, Candy Crush and Instagram. And 5G … will give us augmented reality and virtual reality.”

Once a transition from 4G LTE to 5G is more fully in place, smartphone users will mostly benefit from faster speeds, lower latency (data-speed delays) and increased support for their devices. The new technology promises speeds that will be up to 100 times faster, with response times up to 20 times faster.

Not So Fast: Those Promised Speeds Found Lacking

One popular source where you can check your current carrier’s or provider’s WiFi speed/signal is Speedcheck, which the Google Play store describes as “the most accurate” internet speed test. In a May report, titled “5G in the US: Why the network of the future has not yet delivered on the revolution that we were promised,” Speedcheck found that “real world results of 5G in the US have been disappointing so far.”

In 2020, 5G speeds in the U.S. “did not come anywhere close to the 10 Gbps commonly associated with the latest cellular technology,” Speedcheck found, adding, “5G download speeds across the country were only 2.7 times faster than 4G speeds. These real-world results pale in comparison with the promise of a hundred times faster connections.

“In some cases, 5G was even slower than 4G: in 1 out of 8 US cities where 5G was available last year, 4G-connected users could browse the Internet faster than 5G-connected ones, leaving many 5G-phone owners puzzled.”

However, there is hope for 5G capability and its promising future to start speeding up, if you will.

Speedcheck notes an auction that the Federal Communications Commission (FCC) oversaw this past spring that should provide “an injection of highly desired C-band spectrum,” or mid-frequency wavelengths, for carriers and their networks.

“The major US carriers and other service providers bid a staggering USD 80.9 billion for the licensing rights to use this spectrum, shattering the country’s previous auction record for 4G LTE back in 2015,” Speedcheck reports.

“Based on the results of the auction, it is now obvious to everyone that the future of 5G in the US (as it is in other technologically advanced countries) is in mid-band.”

’Tis this newly acquired C-band spectrum, Speedcheck says, that “should finally bring the dramatic shift in 5G performance for which consumers and businesses in the US have been waiting impatiently.”