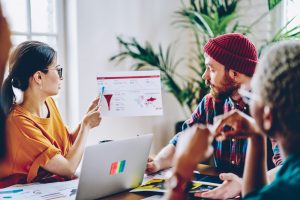 As your business plans its advertising campaign for yet another new year in the digital age, it’s important to know where to target those precious dollars that have been budgeted for you.

From our reporting on top marketing trends over the past year, and from recent reports about what to expect in the marketing world in the months and years to come, we think these three areas are the most demanding of your attention when it comes to doling out those marketing dollars:

Of the total digital ad spend of roughly $110 billion that’s projected for the United States in 2019, video will land about 25 percent, or nearly $28 billion of that total, according to a recent eMarketer report.

Whether you budget for a professionally produced video or spend less by making a video of your own, visual stimulation should be utmost in mind as an accompaniment for your social-media posts and other forms of advertising and promotion.

Facebook will make the most from the $28-billion, video-ad spend next year, or about $6.8 billion, which includes its Instagram revenues. Twitter will capture $633 million in video ad revenues, and Snapchat will grab nearly $398 million, eMarketer says.

Though not necessarily a social media channel, YouTube is Facebook’s most serious contender when it comes to digital video ad spending — it is expected to get $3.36 billion in ad revenues for parent company Google in 2019, which will be an increase of about 17 percent from this year’s Google haul.

2) Getting With the Program

In another recent report, “US Programmatic Ad Spending Forecast Update: Video Powers Significant Growth Through 2020,” eMarketer predicts that 86.3 percent of display ad dollars — or nearly $69 billion — will transact programmatically by 2020, up from an 82.5-percent share currently.

Programmatic ad buying is the use of software, chiefly powered by artificial intelligence (AI), to help a company identify and target where it should buy digital ads.

As we noted here earlier this year, many companies say they prefer to outsource this cross-channel, media planning and buying chore to marketing consultants. (Learn here how one Advertising Systems media mix, via a programmatic approach, significantly hiked online traffic for a Texas state bank.)

Are the ad buys in your marketing program efficiently minimizing waste and offering you the best return on investment? Investing in analytics will let you know.

A marketer can measure, analyze and manage your ad campaign’s performance by gathering data from across all the marketing channels that you use in that campaign.

Forbes recently listed a half-dozen reasons why companies should invest in analytics.

Those reasons include: Such insights can uncover ways to cut a company’s expenses; the data may lead to early warnings about production and service problems, “ultimately leading to higher quality products”; and, perhaps most importantly, “Advanced analytics lead to a deeper understanding of customers.”

“The payoff for successful analytics is clear and quantifiable,” Forbes said. “Becoming a data-driven enterprise delivers benefits across customer-facing and internal operations — and even the bottom line.”