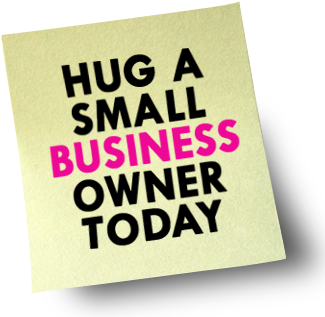 Some say Matthew Maguire is the father of Labor Day – others say it was Peter McGuire. Both cared greatly for an important segment of the marketplace, its workers.

Regardless of paternity, such a day was first celebrated on Tuesday, September 5, 1882, in New York City, when members of the CLU took an unpaid day off to demonstrate solidarity and, of course, have picnics.

In 1884, President Cleveland designated the first Monday in September as Labor Day and an official federal holiday.

In 1898, Samuel Gompers, then head of the American Federation of Labor, called Labor Day, “The day when toilers’ rights and wrongs would be discussed … that workers may lay down their tools for a holiday … touch shoulders in marching phalanx and feel the stronger for it.”

Alas, entrepreneurs aren’t organized like our unions, probably because we’re too busy making payroll. There is no official Small Business Owners Day set aside by the government as a holiday to salute the few who do so much for so many; a day to honor the real marketplace heroes, small business owners.

There actually is a small business week when the U.S. Small Business Administration recognizes the “creme de la creme” of entrepreneurs in America. But it’s not a federal holiday, and not always the same week each year.

Labor Day was created primarily to recognize union members. Today, this group represents barely 11% of total workers and has declined to less than 7% of the private sector.

Small businesses represent over 98% of all U.S. businesses, produce over half of the U.S. GDP, and sign the FRONT of the paychecks of over half (70 million) of all U.S. workers. Let’s see: big deal on Labor Day; but no Small Business Day. What’s wrong with this picture?

So, what’s the answer?

Let’s celebrate Small Business Day as no other national holiday has been: on a Sunday, to save payroll expense. August is the month-of-choice because that’s when politicians are home on recess. This way they can practice casting their pearls before small business owners in preparation for eating barbeque with the unions on Labor Day.

To paraphrase Samuel Gompers, small business owners deserve a day for which these signers-of-the-front-of-paychecks have their rights and wrongs discussed; that the small employers of our day may not only lay down their challenges for a holiday, but also touch shoulders in marching phalanx and feel the stronger for it.

Write this on a rock …It’s time for a National Small Business Owners Day.

For a short video from Jim on this topic, click here. Image via floatingzen.com.

This article was originally published on Small Business Advocate. Click here to learn more about the author.